Enjoying Sweet Victory After Years Of Defeat
This testimony is long overdue. I would like to give Daddy God praise.

In June 2009, while surfing television channels on a Friday evening, I came across Joseph Prince preaching on Trinity Broadcasting Network (TBN). He looked different from other preachers I had known or seen, which made me listen to him. I liked what I heard so much that on the following Friday at 9pm, I was glued to the TV as I listened to him preach.

I decided to purchase two of Pastor Joseph Prince’s CD sermons on grace and righteousness, and listened to them many times over. Never in my whole life had I heard anybody preach like he did. I was born in a Christian family, personally received Christ at age 22, but felt I was hearing the gospel for the very first time. My heart jumped within me and bore witness that what I heard was the real gospel.

I grew up being told that I had to keep God’s laws to make it to heaven. I was also told that I had to be approved by God in order to have my prayers answered. God was presented to me as a mean, old man in heaven, looking and waiting for me to make one mistake, so He could discipline me.

I was fearful, unstable, and confused all my life. I kept repeating the cycle of falling into sin and repenting. The Christian life was very hard for me.

Matters were made worse when I was introduced to wrong doctrines. I was taught that even though I was saved, generational curses still applied to me and I was powerless to protect myself from “demons lurking everywhere.” I was also told that righteousness and salvation had to be worked for by keeping the old covenant laws and living holy.

To hear the true gospel of grace—how grace means unmerited, undeserved favor—and that righteousness is a gift that I received when I got saved and didn’t have to earn it, was music to my ears and much-needed nourishment for my soul.

I have since bought all of Joseph Prince’s books and many of his sermons on CD. I listen to him every day on Channel 9 in Los Angeles. Everything that Joseph Prince preaches has been so liberating to me, especially his sermons on God’s gift of no condemnation. There is nothing as liberating as knowing that all my sins—past, present, and future—are forgiven and that God does not see any sin in me because He saw them all judged on the body of Jesus Christ. Therefore, God does not—and will not—condemn me anymore.

I can’t describe the freedom that I feel, and the joy and peace of knowing that God is cool with me. This is so sweet.

I had been diagnosed with high blood pressure in 2003 and suffered greatly over the next seven years. But in May 2010, I received healing after being taught by Joseph Prince that my healing was already provided for when Jesus suffered strokes on His body at the scourging post. I was able to see that I was already healed, and that whatever I was suffering from were lying symptoms in my body. I laid hold of my healing by faith and would partake of the Holy Communion every morning and evening, thanking God for healing.

The Lord has also healed me of insomnia and now I sleep like a baby. Whenever I happen to lose sleep, the Lord would lead me to pray in tongues. As I prayed, I would wake up the following morning, not knowing when I had fallen asleep. This has happened many times.

Additionally, I was able to buy a three-bedroom townhouse in 2010. This was a miracle. God provided the money even though I was laid off from work in November the same year. Six months after the layoff, I got the kind of job that I always wanted to have, in an industry that I always wanted to work in, along with a very good salary despite the economic downturn. On top of that, I recently received a promotion with a huge pay increase.

God’s favor is all around my family and I have become very stable and confident in Christ. My husband tells me that I have become solid and we are no longer fighting the way we used to because God has also blessed my marriage. May all the glory be unto theLord Jesus, my Savior. 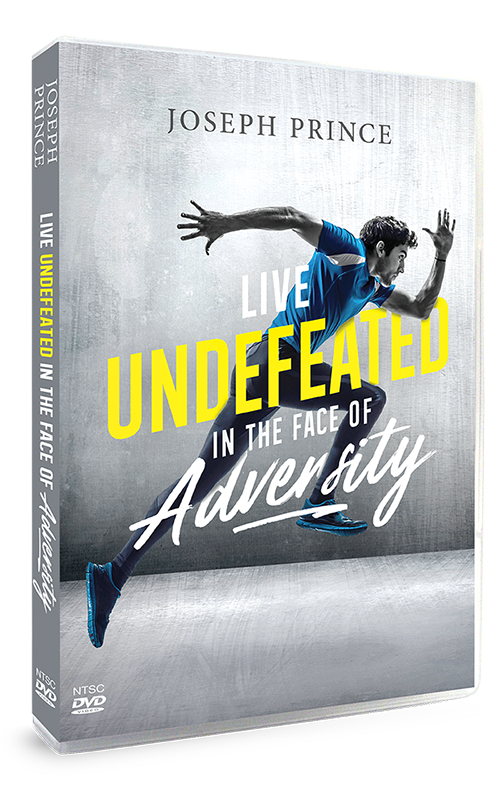 LIVE UNDEFEATED IN THE FACE OF ADVERSITY
YOU’RE NOT MEANT TO JUST SURVIVE. GOD MADE YOU TO THRIVE.
GET IT TODAY
© 2018 JosephPrince.com. All rights reserved.

All Scripture quotations, unless otherwise indicated, are taken from the New King James Version ®.
Copyright © 1982 by Thomas Nelson. Used by permission. All rights reserved.
Handcrafted by